I spent that night curled up on a rug beside Amnesty. All of Action fell asleep quickly, but I lay awake for hours, thinking about my decision and where my life was going to take me. It wasn’t that I was unsure of my choice, I was never surer of anything, ever, it was just that it was a big thing for a Princess to become an activist and I was worried what my Father would say. I loved my Father dearly, but I believed that I had to leave him. I hoped he would understand. He was a good Father, a good King, a good person. I’d wouldn’t miss anyone else at the Palace, or maybe a couple….

Slowly I rose to my feet and pulled my dress closer around me, I reached for the cloak Action had given me earlier, as the cold desert night had drawn in.

Creeping silently across the room and under the curtain, I was in the dark, shadowy street. Quietly and briskly I walked down the conjoined avenues and alleyways that made up the city.

Gradually the houses became smaller and shabbier. The paintwork peeling and cracked.  I was close to my destination. Finally I turned down a little path between two dirty houses bathed by moonlight and ended up in a courtyard. I looked towards the far left hand corner and saw a large tent like contraption. It was made of plastic sheets and threadbare rugs, bits of wood and metal bars. Bags and piles of stuff lay around it.

“Rami!” I called softly, standing by the entrance. ” Kamma!” A tousled black head appeared below me, the body followed, half wrapped in a plastic bag. “Rami, we have to talk.” I said solemnly. He nodded sleepily, Rami and I were used to midnight meetings, we’d been having them ever since we could go outdoors unaccompanied. Or rather since I’d been able to go outdoors unaccompanied, Rami lived outdoors and didn’t have anyone to accompany him anyway.

“Rami, I have something to tell you.” I looked down at my bare feet. “What?” he asked “Is it about the visitors? I know who they are now.” he smiled “They’re pirates! Run away from a life at sea. You know that elder boy, he was a notorious one, he was. Killed a man, they say. And that pale girl, his partner in crime, apparently she stole a whole hoard of treasure and was in jail for years. The other girl’s was going to be hung, but she ran away and now she’s wanted. And that boy? He’s her devilish son. See? I know already!” he said proudly. I’d been listening with amusement.

“Rami, what did I tell you about gossip and rumours?!” I exclaimed. “They’re nothing of the sort, they’re soldiers of a kind, fighting for what’s right. It’s even better than pirates, Rami. And guess what!? I’m going with them. I’ve changed my name to Empathy and I’m going to help them fight evil.” I waited to see what he would say. He didn’t speak for a minute. He looked at me with tears in his dark eyes. “So you’re leaving, Sita?” his lip quivered. “I’ll miss you. I was proud to be friends with a King’s daughter, but I’m even prouder to be friends with a soldier.” I wiped a tear from my cheek and hugged him. “I’ll never forget you, Rami.” I whispered.

“Can I wake Kamma?” I asked, after a moment. “I’d like to say goodbye to her.” Rami nodded bravely. I crawled into the tent and towards the sound of soft breathing. “Kamma?” I lifted a little bundle into my arms and looked down into the sweet face.  When the little girl opened her eyes, she threw her arms around my neck. “Sia!” she cried. I held her close. “Sita has to go away soon, Kamma.” I said gently. She looked at me and asked why. “Never you mind.” I smiled at her and kissed her cheek. ” Just be a good girl for me and look after Rami.” I looked over at the boy crouched in the doorway. “I will.” she said, her eyes brimming with tears and she hugged me again.

I walked away that night, my heart torn between emotions. 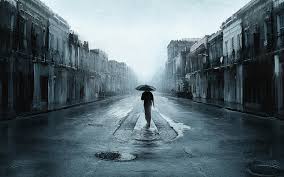